Focus of an Advertisement

The focus of an advertisement must say to each reader or viewer: Buy this product, and you will get this specific benefit.

Advertisements make propositions to consumers. They are not just words, product puffery, or window dressing. Each advertisement must say: “Buy this product, and you will get this specific benefit. ”

The proposition must be one that the competition cannot or does not offer. It must be unique, relative to the brand, or make a claim not otherwise made in that particular field of advertising. It must differentiate. The proposition must be strong enough to move the masses, pulling new customers to the product. This is known as the “unique selling point or proposition. ”

The Unique Selling Point or Proposition

The Unique Selling Point or Proposition (USP) is a marketing concept that was first proposed as a theory to understand a pattern among successful advertising campaigns of the early 1940s. The term was invented by Rosser Reeves of Ted Bates & Company and states that certain campaigns make unique propositions to customers to convinced them to switch brands. Today the term is used in other fields to refer to any aspect that differentiates one object from similar objects.

The term USP has also been largely replaced by the concept known as a Positioning Statement. Positioning determines what place a brand (tangible good or service) should occupy in the consumer’s mind in comparison to its competition. A position is often described as the meaningful difference between the brand and its competitors.

Focus on the USP

When preparing an advertisement, the product’s USP must be defined. To find a USP, ask “How is this product different? ” By making a list of the product’s pros and cons the message that the ad should communicate will become clear.

Positioning is an attempt to place a product into a certain category in consumers’ minds. Types of positioning are Best, Against (Hertz vs. Avis, 7-Up vs. Coke), Niche (a sub-division of a category), New, and Traditional.

A brand character statement sets the tone for an entire campaign. A simple way to start preparing an advertisement is with this statement: “Advertising will (A) (B) that (C) is (D). Support will be (E). Tone will be (F). ” In this case, A is a verb, B is a target demographic, C is the product, D is an adjective or phrase, E is the core of the ad, F is the ” attitude. ” For example, “Advertising will convince artistic types age 18-35 that Apple computers are hip and cool. Support will be two men discussing Macs and PCs. Tone will be humorous. ”

The next part of this strategy statement is the target audience. Advertisers use many methods to gain information about this group, including demographics, psychographics (how the target thinks), and focus groups.

Next is the product itself. Important questions to ask are “Why would anybody buy this? ” “What is the product’s advantage? ” and “What is the client’s image ? ” The last one is important to consider in order to make sure the ad coincides with the public perception the company has created for itself. For example, hip or edgy ads probably won’t go over well with a company that has a public image of being “conservative” and/or “family friendly. ”

Support is anything that demonstrates or otherwise backs upthe premise presented in the first sentence. Some examples are facts, images, or a scenario, such as the following: 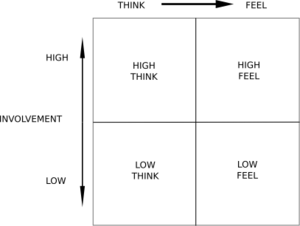 The FCB Grid: With this model, messages are categorized by “thinking” and “feeling”, “low” and “high”.

Tom Harris created the Harris Grid for measuring a product’s level of interest in consumers versus the level of interest in mass media. The Ladder type of advertising messages are arranged in a hierarchical ladder, based on what perspective they use to discuss the product. 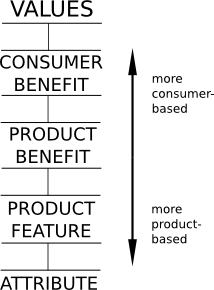 The Ladder: Types of advertising messages can be arranged in a hierarchical ladder, based on what perspective they use to discuss the product. 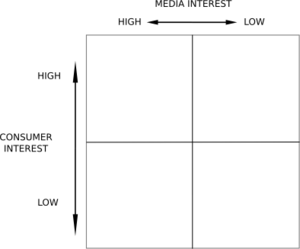