Whether doing business abroad or locally, marketers must understand the cultures that govern customers’ buying habits and ethical norms.

Culture is the sum of learned beliefs, values, and customs that regulate the behavior of members of a particular society. Beliefs and values are guides of behavior and customs are acceptable ways of behaving. A belief is an opinion that reflects a person’s particular knowledge and assessment of an issue. Values are general statements that guide behavior and influence beliefs and attitudes. A value system helps people choose between alternatives in everyday life. Customs are overt modes of behavior that constitute culturally approved ways of behaving in specific situations. Customs vary among countries, regions, and even families. In Arab societies, for instance, usury (payment of interest) is prohibited, so special Islamic banks exist to accomodate this.

Dominant cultural values are referred to as core values; they tend to affect and reflect the core character of a particular society. Core values are slow and difficult to change. Consequently, marketing communication strategies must accurately portray and reflect these values.

A subculture is a group of people who share a set of secondary values, such as environmentalists. Many factors can place an individual in one or several subcultures. Five of the most important factors that create subcultures are:

Adjusting to cultural differences is perhaps the most difficult task facing marketers who operate in other countries. Before entering a foreign market, a company must decide to what extent it is willing to customize its marketing efforts to accommodate each foreign market.

The Social and Cultural Environment

The cultural environment consists of the influence of religious, familial, educational, and social systems in the marketing system. Marketers who intend to market their products overseas may be very sensitive to foreign cultures. While the differences between our cultural background in the United States and those of foreign nations may seem small, failure to consider cultural differences is one of the primary reasons for marketing failures overseas. Cultural differences include language, color, customs, taboos, values, aesthetics, time, business norms, religion, and social structures.

Ethics is generally referred to as the set of moral principles or values that guide behavior. There is a general recognition that many, if not most, business decisions involve some ethical judgement. For example, a company may have to decide whether to build a “sweatshop” in a developing country to lower costs.

Firms hope that a consideration of ethical issues during the decision-making process will be helpful in preventing or at least decreasing the frequency of unethical behavior. Having a corporate ethics policy also seems to facilitate the process of recovery after an ethical scandal—although firms may wish otherwise, unethical acts do occur and do not often go unnoticed (see and ). 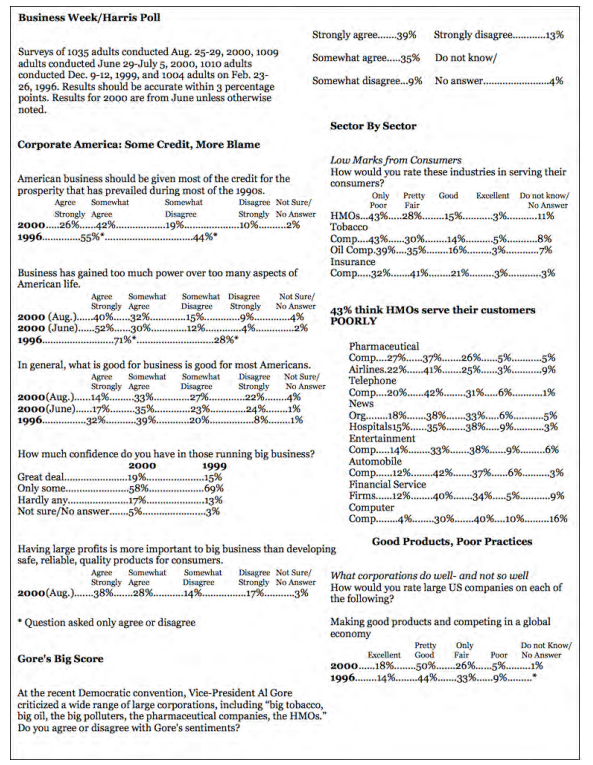 Business Ethics Survey: A survey carried out on perceptions of business ethics. 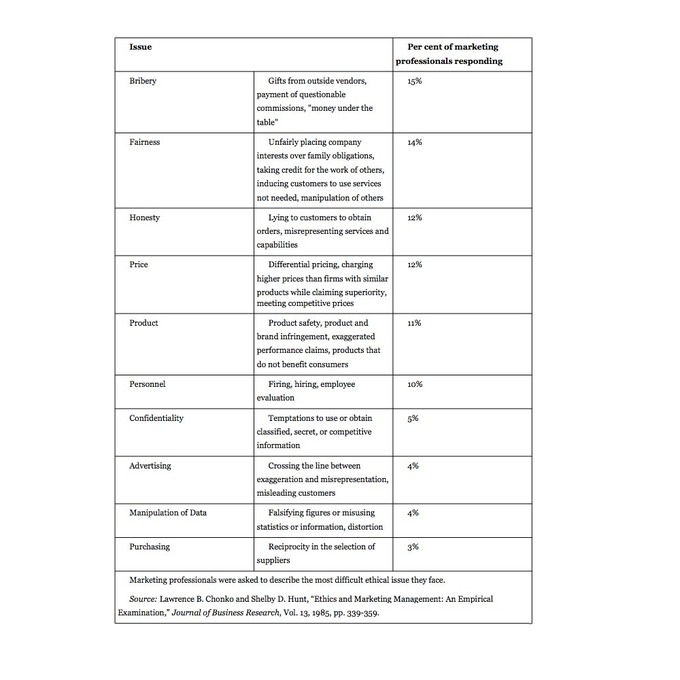 Ethical Issues: There are common ethical issues in marketing. Ethics come into account when the buyer and seller interact.

While ethics deal with the relationship between buyer and seller, there are also instances when the activities of marketing influence society as a whole. For example, when you purchase a new refrigerator, there is a need to discard your old refrigerator. If thrown in a trash dump, the old refrigerator may pose a safety risk, contaminate the soil, and contaminate the aesthetics of the countryside. Society is thus required to bear part of the cost of your purchase. The well-being of society at large should also be recognized in an organization’s marketing decisions. A definition for social marketing is provided by Alan Andreasen: “Social marketing is the adaptation of commercial marketing technologies to programs designed to influence the voluntary behavior of target audiences to improve their personal welfare and that of the society of which they are a part. ”