Marketers must choose the type of media that best suits their budget and message and then choose the best way to schedule their message.

In terms of overall advertising expenditures, media advertising is dominated by press and TV. Posters and radio and then cinema follow behind.

Spending is dominated by the national & regional newspapers, the latter taking almost all of classified advertising revenue. The magazines and trade/technical journals are equal in size, but less than half of newspapers.

Normally the most expensive medium and used predominately by major advertisers. Regional contractors offer more affordable packages to their local advertisers. It offers the widest coverage, particularly at peak hours and mostly to family audiences.

TV has the greatest impact, especially for those products or services where a “demonstration” is essential. It combines the virtues of both the “storyteller” and the “demonstrator. ” To be effective, these messages must be simple and able to overcome household distractions.

Radio advertising has increased greatly in recent years, with the granting of many more licenses. It reaches specific audiences at different times of the day—adults at breakfast, housewives during the day, and commuters during rush hours. Additionally, people listen to the radio when they are stuck in traffic, whereas other listeners may only listen in the evenings. The 24-hour availability makes reach to a variety of customer sub-segments possible. In addition, It is well-established and able to reach rural areas. It is cost-effective since production costs are lower than TV, however, the lack of visual elements may limit the message.

Though national audience numbers are down, this may be the most effective medium for reaching younger age groups, since the core audience is age 15 to 35.

This rapidly growing marketing force is similar to press advertising, but its interactivity is the most powerful element.

Personal mobile phones are attractive advertising media to network operators and are gaining in power and reach. 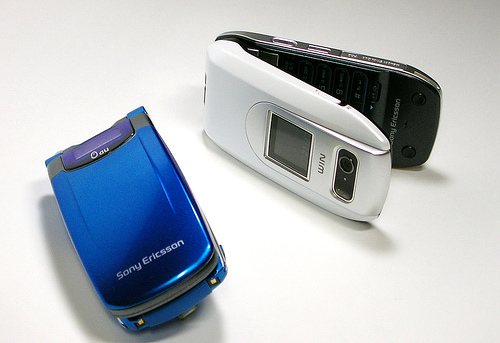 Mobile Phones: Mobile phones are a form of media for advertising.

Advertising-free media refers to outlets whose output is not funded or subsidized by the sale of advertising space. It includes entities such as websites, television and radio networks, and magazines.

Out of Home Advertising

Other areas in which a company’s product message intersects with potential buyers occur outside of the home, meaning not via a device owned or operated by the potential buyer such as mobile phones, televisions, radio, computers, etc. Billboards, signage on public transportation, skywriting, blimps and other outdoor advertisements are examples of product messages that reach potential buyers while they are outside of their home, on the go and in public places, waiting in offices, in transit. This medium is in contrast with broadcast, print and internet advertising. There are four types; billboards, street furniture, transit and alternative.

Scheduling refers to the pattern of advertising timing, represented as plots on a yearly flowchart. These plots indicate the pattern of scheduled times that coincide with favorable selling periods. The classic scheduling models are continuity, flighting, and pulsing.

This model is primarily for non-seasonal products and some seasonal products. Advertising runs steadily with little variation over a campaign period. There may be short gaps at regular intervals and also long gaps—for instance, one ad every week for 52 weeks, and then a pause. This pattern of advertising is prevalent in service and packaged goods that require continuous reinforcement on the audience for top of mind recollection at point of purchase.

In media scheduling for seasonal product categories, flighting involves intermittent and irregular periods of advertising, alternating with shorter periods of no advertising at all. For instance, all of 2000 Target Rating Pioneered in a single month, “going dark” for the rest of the year. Halloween costumes are rarely purchased all year except during the months of September and October.

Pulsing combines flighting and continuous scheduling by using a low advertising level all year round and heavy advertising during peak selling periods. Product categories that are sold year round but experience a surge in sales at intermittent periods are good candidates for pulsing. For instance, under-arm deodorants, sell all year, but more during the summer months.