Chapter 11-Supply Chain Management: You Better Get It Right 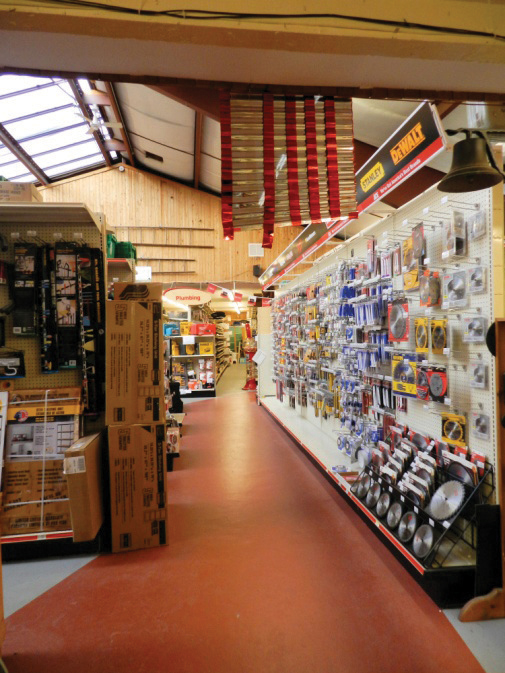 No business—small, midsize, or large—survives for more than a century without successfully identifying changing customer needs and adapting its processes and technologies. The adoption of new technologies is not limited to advanced manufacturing or web-based business. New technologies can be crucial to any business, even a business as seemingly prosaic as the local hardware store. However, successfully running a business with an inventory between twenty-five thousand and thirty thousand different items is anything but prosaic.

R. W. Hine has been a central fixture in Cheshire, Connecticut, since it was established in 1910. For the last quarter century, it has been owned and managed by Pat Bowman.

It is obvious that any local hardware store, which must carry an extremely large number of different products, faces a considerable challenge when competing with big box stores such as Home Depot or Lowe’s. Hine is a relatively small enterprise with approximately twenty-five employees, many of whom are high school or college students working part time. Hine is able to effectively compete because of two main factors. The first is an edge seen in many small businesses—a clear focus on identifying and meeting what constitutes customer value and meeting it rapidly. A typical example is as follows: in anticipation of a major winter storm, Hine quickly stocked up on roof rakes—a tool that is used to remove heavy snow from roofs. Hine has had a tremendous success meeting the special needs of its customers. The second factor is Hine’s membership in the ACE Hardware Cooperative. ACE Hardware was founded in 1924 to centralize purchasing for member stores. In 1973, ACE Hardware became a cooperative. Today, it consists of nearly 4,500 member hardware stores. The cooperative centralizes purchasing for all members. It provides all members with the benefit of volume purchasing, which significantly reduces costs. The cooperative also simplifies inventory maintenance issues for its member stores. A member store can either order items directly from a participating supplier or have items shipped from an ACE Hardware warehouse. Shipments are generally done on a weekly or a semiweekly basis. Such rapid turnaround allows member stores, such as Hine, to respond to customer demand. Hine also uses Epicor enterprise resource planning (ERP) software. It enables Hine to monitor its historic sales information, set targeted inventory levels, and suggest reorder times. The juxtaposition of a commitment to giving customers value and the effective use of supply chain management techniques appear to prove that this local hardware store will succeed in its second century of operation.