Good public relations efforts can help a firm create rapport with its customers, promote what it has to offer, and supplement its sales efforts. PR puts a positive spin on news stories and is often perceived as more neutral and objective than other forms of promotion because much of the information is tailored to sound as if it has been created by an organization independent of the seller. Public relations materials include press releases, publicity, and news conferences. Companies also use PR to promote products and to supplement their sales efforts.

Many organizations that engage in public relations have in-house PR departments, media relations groups, or investor relations groups. Other organizations sometimes hire external PR firms or advertising agencies to find and create public relations opportunities for them. PR specialists must build relationships with people at different media outlets to help get their stories placed. Universities, hospitals, government organizations, and charitable organizations often hire PR people to help disseminate positive information about their services and to increase interest in what they do. As such, PR is part of a company’s promotion budget and their integrated marketing communications.

PR specialists also help political campaign managers generate positive information in the press. PR specialists can handle crisis communication and put a positive view on situations when something bad happens to an organization or person. In foreign markets, PR agencies may help ensure product concepts are understood correctly. Getting all PR stories placed in desired media is not guaranteed. A lot of time and effort is spent getting to know people who can help publish or announce the information to the public.

Companies use a variety of tools for their public relations purposes, including annual reports, brochures and magazines for both employees and the public, Web sites to show good things they’re doing, speeches, blogs, and podcasts. Some of the most commonly used PR tools include press releases, news conferences, and publicity. Sponsorships, product placements, and social media also generate a lot of positive PR.

Part of a company’s public relations efforts includes putting a positive spin on news stories. A press release is a news story written by an organization to promote a product, organization, or person. Consider how much better a story or a product recommendation is likely to be perceived when the receiver thinks the content is from an objective third party rather than an organization writing about itself. Public relations personnel frequently prepare press releases in hopes that the news media will pick them up and disseminate the information to the public. However, there is no guarantee that the media will use a press release. Some of the PR opportunities that companies may seek to highlight in their press releases include charity events, awards, new products, company reports, and things they are doing to improve the environment or local community.

Read the following two examples of press releases. The first story sounds like it was written by a news organization, but it was created by Apple and their public relations people to highlight the introduction of the new iPhone 3G. The second press release and picture (see Figure 12.1 “A Picture of Stubb’s Legendary Kitchen’s “Feed the World Tour””) provide an example of how a company like Stubb’s Bar-B-Q teams up with Mobile Loaves & Fishes, a charity that helps feed the hungry, to help feed homeless and poor people and restock food banks around the country. The story enhances the positive image of both organizations.

An Example of a Press Release to Introduce a New Product

Twice as Fast at Half the Price

SAN FRANCISCO—June 9, 2008—Apple® today introduced the new iPhone™ 3G, combining all the revolutionary features of iPhone with 3G networking that is twice as fast* as the first generation iPhone, built-in GPS for expanded location-based mobile services, and iPhone 2.0 software which includes support for Microsoft Exchange ActiveSync and runs the hundreds of third party applications already built with the recently released iPhone SDK. In the US the new iPhone 3G is priced at a stunning $199 for the 8GB model, and just $299 for the 16GB model.** iPhone 3G will be available in more than 70 countries later this year, beginning with customer availability in 22 countries—Australia, Austria, Belgium, Canada, Denmark, Finland, France, Germany, Hong Kong, Ireland, Italy, Japan, Mexico, Netherlands, New Zealand, Norway, Portugal, Spain, Sweden, Switzerland, UK and the US—on July 11.

*Based on 3G and EDGE testing. Actual speeds vary by site conditions.

AUSTIN—Stubb’s Legendary Kitchen will kick off its 12-city “Feed the World Tour” this Tuesday, May 26 at 5 p.m. in Wooldridge Square Park, 9th and Guadalupe Streets, by serving chopped beef sandwiches with famous Stubb’s barbecue sauce to homeless and working poor people from one of Mobile Loaves & Fishes’ special catering trucks, which serve people in six cities every day.

Kurt Koegler, president of Stubb’s Legendary Kitchen, will join Alan Graham, Mobile Loaves’ founder/president, and volunteers from the company and MLF volunteers to serve the sandwiches and distribute Stubb’s T-shirts. The Austin-based company chose Mobile Loaves as its partner to kick off the “Feed the World Tour,” which is named for the stated mission of Texas Bar-B-Q legend, C.B. “Stubb” Stubblefield, who said: “I was born hungry I want to feed the world.”

After leaving Austin, the tour will swing through the Southeast, up the East Coast and into Washington, D.C. where the Stubb’s team will compete at the annual BBQ Battle on Pennsylvania Avenue. In each city, Stubb’s Legendary Kitchen and company president Koegler will barbecue for the homeless and help restock depleted food banks.

“Stubb was a cook but more than that, a lover of people. The values that guided his life still guide the company that bears his name. Stubb’s life truly is in every bottle of sauce and marinade we make. All of us at Stubb’s are thrilled to be working with Mobile Loaves and bringing all of Stubb’s Love and Happiness to those who all too often need it most” said Koegler.

“The economy has placed greater demand on organizations like Mobile Loaves and local food banks, so we couldn’t think of a better time to show our support,” Koegler said. “Stubb’s greatest joy was feeding the people who came from all around for a taste of his famous barbecue, and it is an honor for us to fulfill his mission with our Feed the World Tour.”

“We’re honored to be selected as Stubb’s charity partner for the kick-off of this awesome tour,” Graham said. “As someone who once was poor and hungry, C.B. ‘Stubb’ Stubblefield is smiling in heaven to know that his creation is helping feed brothers and sisters on the street here in Austin and around the country. We look forward to connecting Stubb’s with people on the streets here and in the other cities we serve2.”

Press releases and other PR activities can also be used for damage control purposes. Crisis communication is the process of countering the extreme negative effects a company gets when it receives bad publicity. Domino’s Pizza was forced to engage in damage control after two of its employees created a video doing disgusting things to pizzas and then posting it to YouTube. If the publicity is particularly bad, as it was for Domino’s, a company might hold a press conference or prepare a speech for the top executive to give. For example, the president of Domino’s spoke on video to try to control the damage to Domino’s business. The company then posted the following video on YouTube.

An Example of Crisis Communication

Patrick Doyle, the president of Domino’s, responds on YouTube to a video created by two Domino’s employees, who were subsequently fired by the pizza chain.

Similarly, companies that move into foreign markets are sometimes perceived negatively by locals because they have little information about the firms. In India, the reputation of companies is very important to workers and their families. As a result, U.S. employers recruiting in the tech industry in India often have to work hard to make their brands and products known so people will want to work for them. The firms do so via various PR efforts.

Just as press releases can be used to promote the good things an organization or person does, press conferences can also be held when a company is simply seeking good PR. An organization might hold a press conference to announce that it has hired new, highly sought-after executives, that it is breaking ground on a new building, or to talk about its community service projects.

Many of you have heard of the Staples Center (Figure 12.2), where the Los Angeles Lakers play basketball. But imagine how many more people heard about the Staples Center following the announcement that Michael Jackson’s public memorial would take place there. All the news stories talking about tickets and information about the memorial provided “free” publicity for the center and for the office supplies store, Staples, for which the center is named. Staples paid $375 million for naming rights of the center, which was built in 19983. Indeed, the chain has gotten a huge return on its sponsorship of the center. 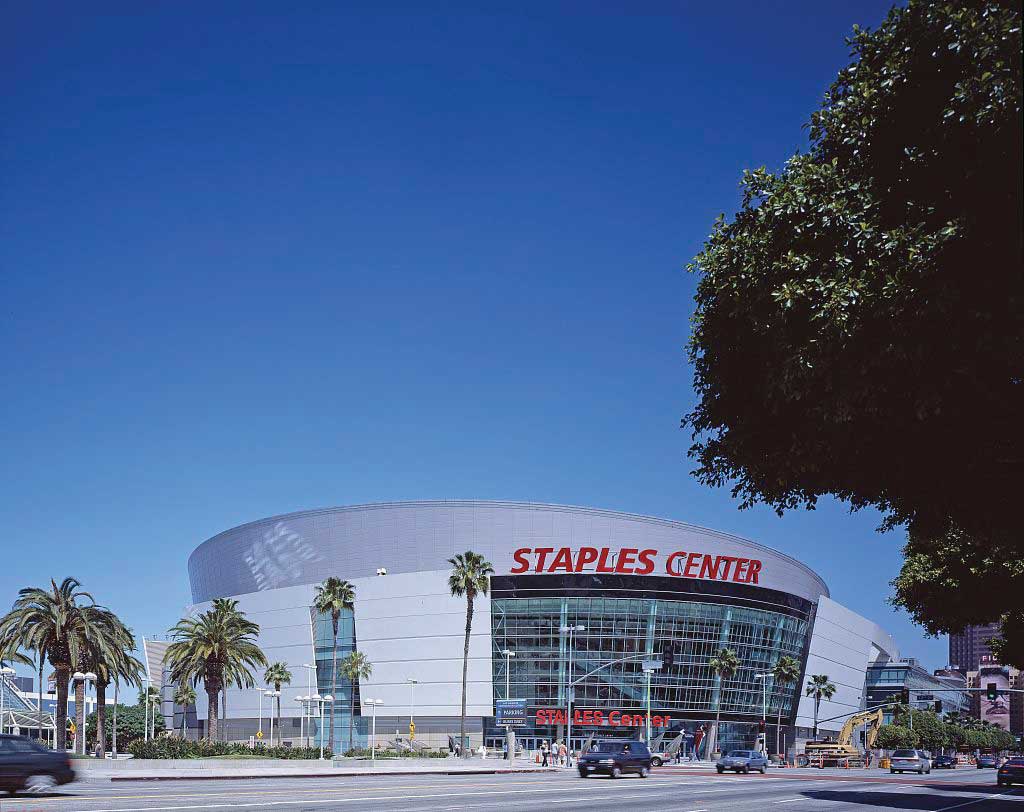 The Staples Center in Los Angeles is an example of a venue sponsorship. The office supplies store Staples paid for the naming rights to the stadium.

A sponsorship involves paying a fee to have your name associated with different things, such as the following:

Even though sponsorships are expensive, they are growing in popularity as corporations seek ways to strengthen their corporate image, increase their brand awareness, differentiate their products, and reach their target markets. Worldwide, corporations spent over $43 billion on sponsorships in 20084; however, the recession has taken a toll and the new stadium for the Dallas Cowboys still doesn’t have a sponsor with naming rights. Over two-thirds of the sponsorships in North America are for sports, followed by entertainment (e.g., music and performing arts) and causes (e.g., the Susan G. Komen Race for the Cure and “alternative spring breaks” for college students). Other organizations and structures, such as buildings and bridges, may seek sponsorships as a means of generating revenue. Imagine how many people drive across the Brooklyn Bridge in New York or the Golden Gate Bridge in San Francisco and how much awareness an organization would get if they were allowed to pay to have their name on either of the bridges. 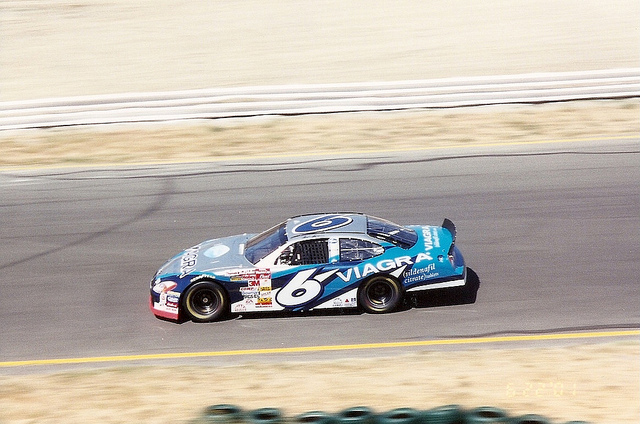 Pfizer, the maker of Viagra, is one of the many companies that sponsor NASCAR racing teams.

Cause-related marketing is one of the fastest-growing types of sponsorships. It occurs when a company supports a nonprofit organization in some way. For example, M&M’s sponsors the Special Olympics and American Airlines raises money for breast cancer research with an annual celebrity golf and tennis tournament. The airline also donates frequent flier miles to the cause. Yoplait Yogurt donates money for breast cancer research for every pink lid that is submitted. Cause-related marketing can have a positive PR impact by strengthening the affinity people have for a company that does it.

An Example of Sponsoring a Cause

Getting a company’s product included as part of a television show, movie, video game, special event, or book is called a product placement. When you watch reruns of Seinfeld, you often see different Coca-Cola products being consumed. Likewise, you might see a Nissan Maxima on Desperate Housewives. Over four hundred product placements typically appear in each episode of The Biggest Loser. Apple placed products in twenty-four movies that reached number one between August 1, 2008, and August 1, 2009, while Ford products appeared twenty times and Budweiser products appeared twelve times5.

Although the video sounds like a paid commercial, it is actually part of an episode of 30 Rock.

Although most product placements appear in television shows and movies, corporations are pursuing other options. For example, they are now placing products in online videos, computer games, and books. The number of product placements is expected to increase as consumers continue to skip commercials and advertisements using digital video recorders (DVRs).