The hierarchy-of-effects model clarifies the objectives of an advertising campaign and each individual advertisement.

Examine how campaign objectives are identified for an advertising campaign

When determining your campaign objectives, you need to consider the state your audience is in and where you want them to be. Among advertising theories, the hierarchy-of-effects model is predominant. It clarifies the objectives of an advertising campaign and for each individual advertisement. 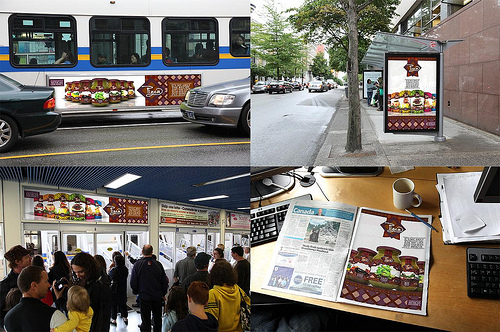 Advertising Campaign: The objectives of a company will depend on the stage the audience is in and where they want to take them.

Even though it is just one of several theoretical frameworks that is useful in developing an advertisement for an advertising campaign, it shows clear steps of how advertising works.

The hierarchy-of-effects model can be explained with the help of a pyramid. The lower level objectives such as awareness, knowledge or comprehension are accomplished first.

Subsequent objectives may focus on moving prospects to higher levels in the pyramid to elicit desired behavioural responses such as associating feelings with the brand, trial, or regularuse.

It is easier to accomplish ad objectives located at the base of the pyramid than the ones toward the top. The percentage of prospective customers will decline as they move up the pyramid toward more action-oriented objectives, such as regular brand use.

Many marketers know the hierarchy-of-effects model, but usually by a different name. Some call it AIDA, others the demand chain, still more the purchase funnel. Whatever the name, it invariably begins with the total potential market for your brand. This pool of potential customers then progress through a series of stages that can include awareness, preference, purchase and, hopefully, loyalty.

If most of the target audience is unaware of the object, the communicator’s task is to build awareness with simple messages repeating the product name. Consumers must become aware of the brand. This isn’t as straightforward as it seems. Capturing someone’s attention doesn’t mean they will notice the brand name. Thus, the brand name needs to be made focal to get consumers to become aware.

The target audience might have product awareness but not know much more, so this stage involves creating brand knowledge. This is where comprehension of the brand name and what it stands for becomes important. What are the brand’s specific appeals, its benefits? In what way is it different than competitor ‘s brands? Who is the target market? These are the types of questions that must be answered if consumers are to achieve the step of brand knowledge.

If target members know the product, how do they feel about it? If the audience looks unfavorably toward the product, the communicator has to find out why. If the unfavorable view is based on real problems, a communication campaign alone cannot solve it. It would be necessary to first fix the problem and only afterward communicate its renewed quality.

The target audience might like the product but not prefer it to others. In this case, the communicator must try to build consumer preference by promoting quality, value, performance, and other features. The communicator can check the success of the campaign by measuring audience preference before and after it.

Finally, some members of the target audience might have conviction but not quite get around to making the purchase. They may wait for more information or plan to act later. The communicator must get these consumers to take the final step, perhaps by offering the product at a low price, offering a premium, or letting consumers try it out. This is where consumers make a move to actually search out information or purchase.

Advertising is thus thought to work and follow a certain sequence whereby the prospect is moved through a series of stages in succession from unawareness of the brand to purchase of its product.